You are here: Home

Regarding the topic of the "Human Image", Baerbel Claus, with sculptures and installations as well as photos of her works, looks up to challenges and questions of our time.

The exhibition took place from 7th to 28th August 2016 at the Martini Church in Siegen.

For example, ‘The Root of Abraham' shows in clay a root with three shoots, representing the three monotheistic world religions. Created as a timeline, transverse scribing marks important dates such as the birth of Jesus and the birth of Mohammed.

The symbol of the root is taken up as the basis of the religions and also as their starting point for a separate growth. The torso behind it conceals various river pebbles, which, lined up on top of each other, symbolize the many generations that grew up within religions.

Remarkable is the fact that the Christian cross of the table is at the level of the heart of the torso. 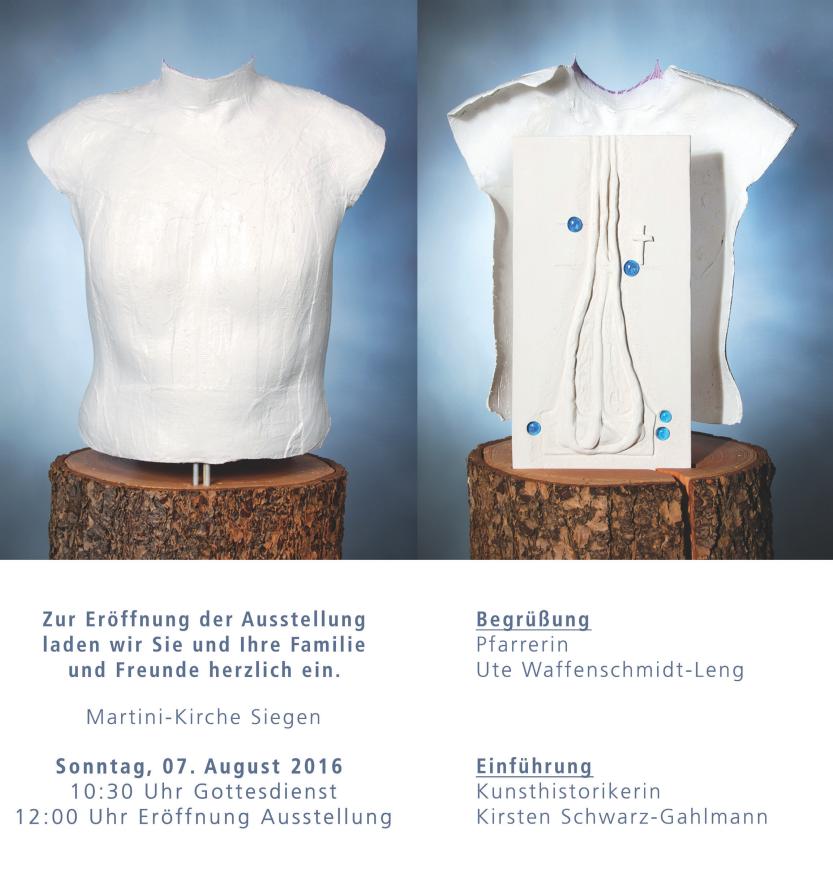